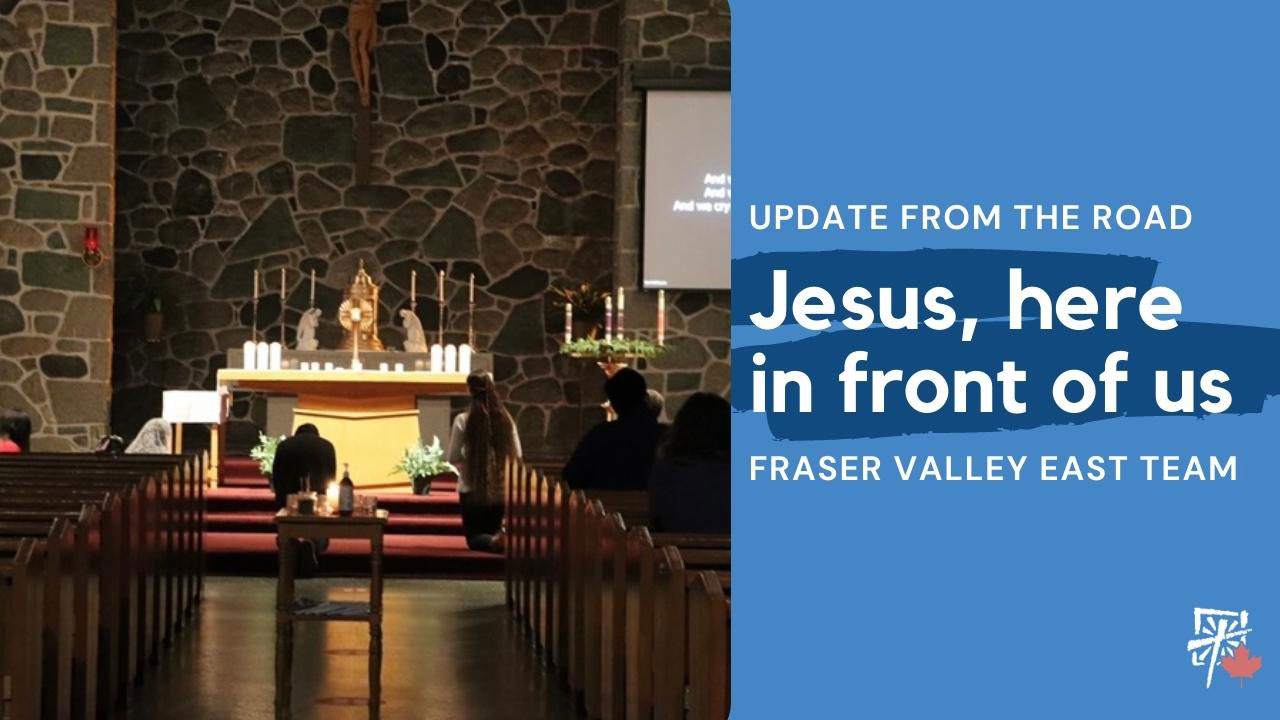 “Jesus, here in front of us”

19 And he took bread, and when he had given thanks he broke it and gave it to them, saying, “This is my body which is given for you. Do this in remembrance of me.” 20 And likewise the cup after supper, saying, “This cup which is poured out for you is the new covenant in my blood.

The Eucharist has been the greatest foundation for our team, and in it, we have built our house which is our team upon Him.

As St. Augustine said, “in this loaf of bread you are given clearly to understand how much you should love unity.” It has been the spiritual yeast that has made us as a team grow and rise together. We as a team try to receive the Eucharist as often as we can, which has led us to go to daily mass regularly. St. Augustine described a sacrament as “an outward and visible sign of an inward and invisible grace.” Increasing our devotion to the Eucharist as a team has helped us to grow in virtue and has yielded many fruits when it comes to ministry. Receiving God helps take those things which may seem hidden and open them to be shared with others. 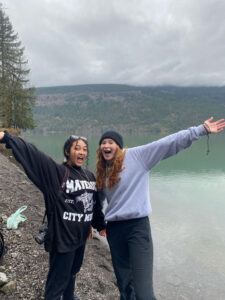 The Eucharist has also been a pillar of our ministry. Over the course of our stay in Abbotsford, we have been going to weekly Adoration in a parish here called St. James and we have been inviting the youth from the School where we have been serving to attend as well. It has been so fruitful because there is no better way to bring Christ into people’s lives than to bring them right to him. The Summa Theologiæ of St. Thomas Aquinas writes, “Though we cannot reach God with the senses, our mind is urged by sensible signs to approach God.” One of the youth said, “it was my first time going and that it was the highlight of my week and that I read scripture.” Adoration has been such a blessing for our ministry, and the number of people going whether young or old has been growing each week.

We have also started table talks. That’s where we get a group of students and lead a discussion with them, with varying topics usually centered around Christ. Depending on the group it could be just a time for them to chat or it could even get into Catholic theology. They run either during lunchtimes or in the future, we might be looking at some after-school ones as well. We have had a few speed bumps in ministry this year but it finally seems to be really picking up now, and I am super excited to see what the rest of this year has in store for us.