Retreat Team Ministry Update: The Snow Falls, The Cold Sets In, The Mission Goes On 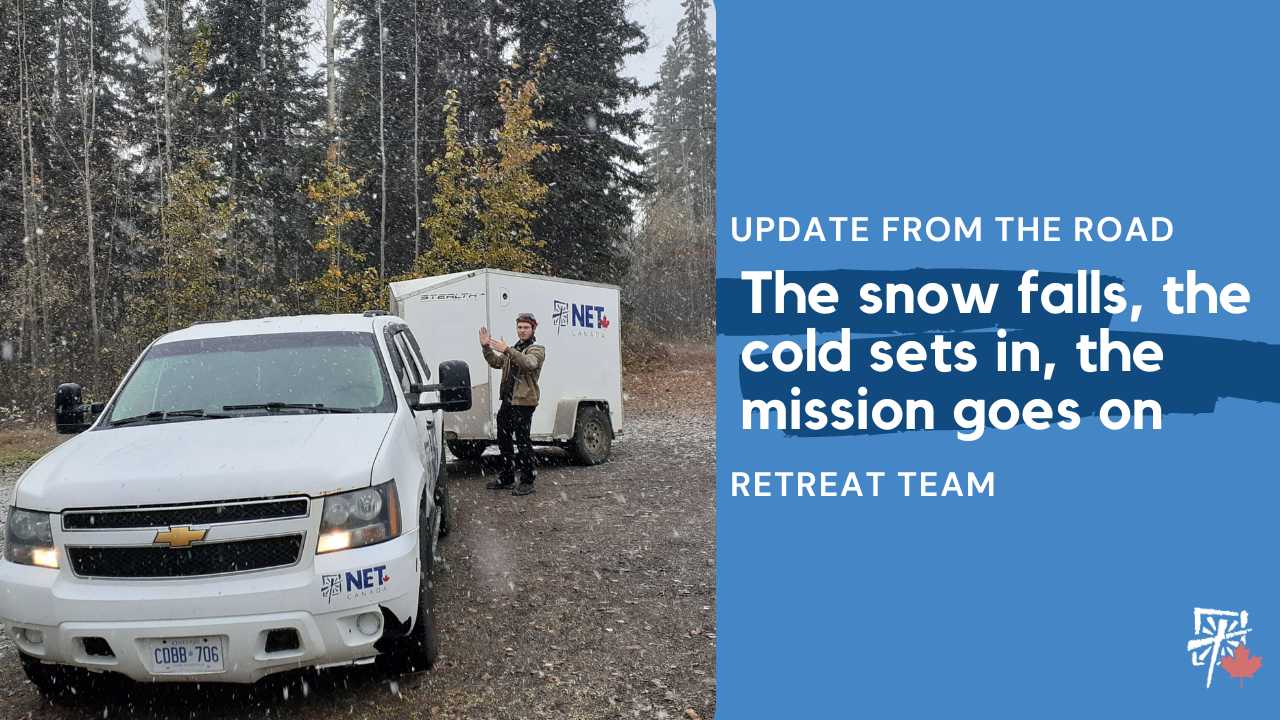 “The Snow Falls, The Cold Sets In, The Mission Goes On”

We, the NET Retreat Team, have had a very blessed and fruitful ministry this fall. After having led retreats in Grande Prairie Alberta for 2 weeks, we moved along to the Prince George diocese in northern British Colombia. For 3 weeks, we travelled from town to town along the TransCanada highway, until we reached Prince Rupert on the Pacific Ocean. Our team marvelled at the majestic mountains that passed us all throughout our journey; for many of us, this was the first time we’d even seen mountains! Afterwards, we headed on through Jasper into Alberta. Back in Wild Rose country, we have led retreats in Brooks, Saint Paul and Calgary; we’ll be staying in the province until December 8th, when it will already be time for us to head back to Ottawa for our December retreat and the Christmas break!

The Lord has continued to work through us in these past couple of weeks as we announce the Gospel to the youth of the Western provinces and invite them to enter a relationship with Him. Many of the youth we have met have told us that they encountered God in a deep and personal way during our retreats. Many have also been inspired by our testimonies and became interested in knowing more about the Faith.

For example, during the last discussion time of a 2-day retreat we led in Prince Rupert, one of the team members asked the members of her small group to do a “thumbs up” or a “thumbs down” to show how prayer time was for them; they all did a “thumbs up” with much enthusiasm. The team member then asked them what they experienced. Three of the youth who did not feel very close to God on the first day said they felt the presence of God when she prayed over them; they were very joyful and all wanted to engage in a deeper relationship with Christ. Another girl in this small group also said that when she was being prayed over, she received this image in her mind of Jesus opening his arms to her. In this moment, she felt very loved; and, though her sister often called her a “monkey”, she said that she felt as if she regained her dignity of being a human being. 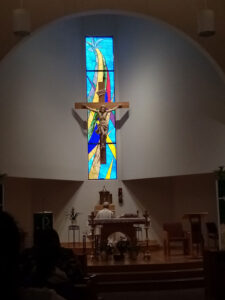 Our team has also had the great opportunity of getting engaged in many communities and meeting countless youth from grades 6 to 11 on our travels. In Dawson Creek, the 6th graders of Notre Dame school wrote us a very large thank you letter after their one-day retreat; and, at the end of recess, they cheered for us in the schoolyard. The 7th graders also really enjoyed their retreat and pleaded with us not to leave but to remain with them. One of the teachers of the school even noticed that many of the youth who previously smiled only very seldomly started laughing, smiling and engaging with their peers over the course of our retreat.

As we continue leading retreats in the Calgary area and as we prepare in this Advent season for our Lord’s coming, we hope that, with the blessings of the Holy Spirit and just as the Star led wise men from the ends of the Earth to come to Bethlehem, so too we may lead youth back to Christ. For, as we know, He is the Great light awaited by the people who walk in darkness (Isaiah 9:2); He is the one who quenches our thirst and gives us life.

We wish you a Merry Christmas and a happy new year.