Vancouver Team Ministry Update- ” Blessings from the Heart of the Father” 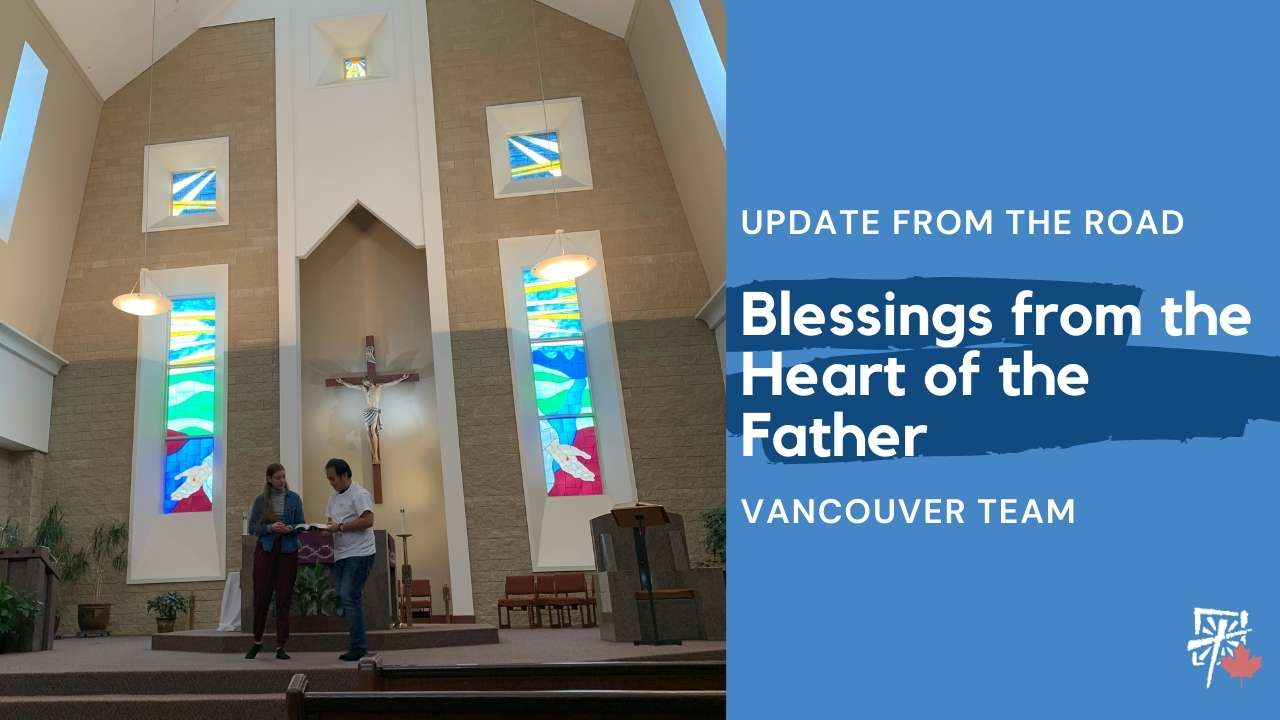 “Blessings from the Heart of the Father”

“Praise God, from whom all blessings flow;

Praise Him, all creatures here below;

Praise Him above, ye heav’nly host;

Praise be to Jesus! March has been such a fruitful month of ministry for the Vancouver team. The Doxology is close to all our hearts as this month has revealed to us, in many ways, that each blessing, no matter how big or small in our eyes, derives from the Heart of the Father.

A major aspect of our ministry throughout this past month was our two-week trip to Grande Prairie, Alberta. Our team put on 18 retreats at multiple schools and parishes. The theme of the retreats we held was “The Underlying Truth” in which the topic of identity was explored. Through testimonies, talks, dramas, prayer ministry and small group discussions, the Lord moved during these retreats and (get ready for it) 326 youth committed their lives to Christ!!!! We are so blessed to have experienced retreat ministry.

One of my teammates, Jess, had a beautiful experience during one of our retreats. She describes it as: “There was a grade eight girl in my small group that wasn’t very engaged and didn’t take the questions that I was asking seriously. During prayer ministry, she was the first person that I went to, and I didn’t expect her to say yes to being prayed over. To my surprise when I asked, she did say yes. I prayed over her, asking God to come into her heart, help her, and show her how much He loves her. When I looked up to ask her if she wanted to say a prayer of her own, I realized that she was sobbing. She thanked me for the prayer, and I told her that Jesus loves her so desperately. In the final small group, I shared the Kerygma and gave them each a commitment card. She immediately reached for the pen in the middle of the table to sign it. At the end of the retreat, she thanked me again. I told her that I would be praying for her, and she said that she would pray for me too!” God is so good! 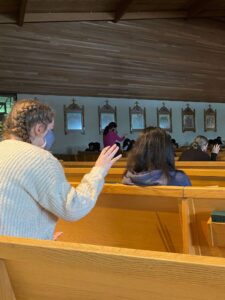 At the beginning of the month, our team led a Grade 9 retreat with the students we have been journeying through the Alpha program with at St. Thomas Aquinas. This retreat was focused on how we incorporate the Holy Spirit into our lives; the students were so receptive! Through small groups and prayer ministry, the students were able to open their hearts to the Holy Spirit. After I had prayed over a student, he told me that he “felt God’s love for the first time,”. We had the opportunity to celebrate Mass with the Grade 9 students and the student leaders at the end of the retreat.  We also attended a student-run Grade 10 retreat at Archbishop Carney in which we helped with music, participated in small groups, and attended Mass with the students.

This past month of ministry has been incredibly fruitful, and I can speak on behalf of the team when I say that we have witnessed miracles. We have been bystanders as children return home to the arms-wide-opened Father. We have watched souls become overwhelmed by the personal love of Jesus. What an honour.

May God bless you,
Gabby Douglas