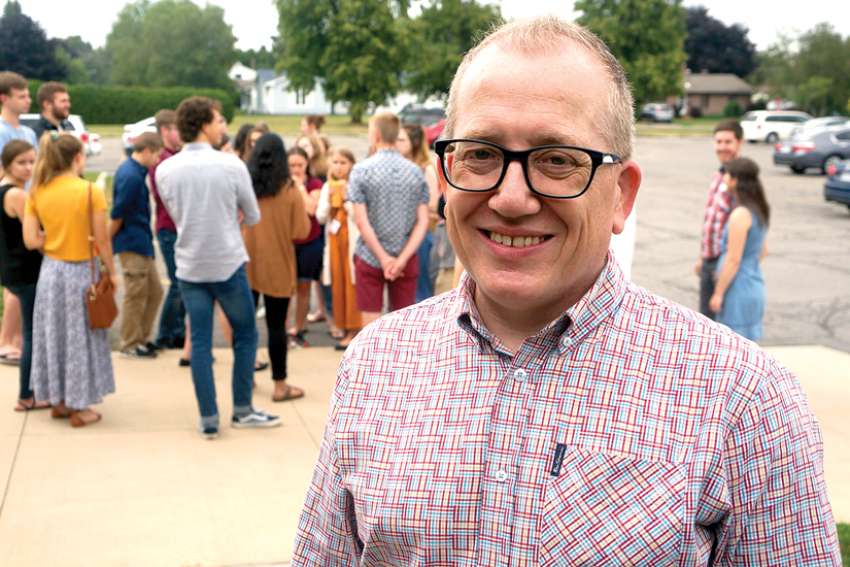 A new door opens to evangelization

“OTTAWA — Pierre O’Reilly has a pretty easy answer to why his long and winding life path has led to NET Canada and the chair of executive director.

“The Lord kept opening these doors, that’s the long and short of how we got here,” said O’Reilly as he was introduced at the organization’s 25th anniversary launch on Aug. 17.

As a young man, O’Reilly experienced the kind of religious life-altering experience NET (which stands for National Evangelization Team) now offers to high-school age students. O’Reilly was evangelized through Catholic Christian Outreach (CCO), a campus ministry to university students, but has had a strong connection to NET.

O’Reilly grew up in Moose Jaw, Sask., in a Catholic family of four boys and became involved in CCO at the University of Saskatchewan in the early 1990s. Co-founders Angèle and André Regnier launched the apostolate in 1988, patterned after the evangelical ministry Campus Crusade for Christ, and it maintains a strong connection to NET…”